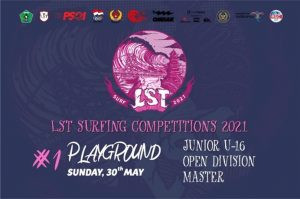 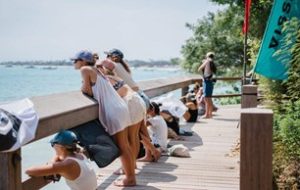 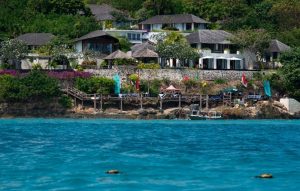 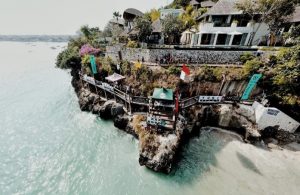 Here is a wrap-up of the Lembongan Surf Team Competition Series #1 for 2021, proudly organized in conjunction with the Indonesian Surfing League. It was a wonderful day seeing a total of 68 surfers compete across 3 divisions who were supported on the side lines by the local community.

The day saw good wave conditions, in the morning it started with consistent 2ft sets,  then in the afternoon it went up to 3 – 4ft and later increasing to 4-6ft. 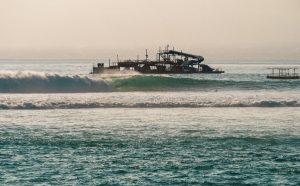 Wave conditions in the morning 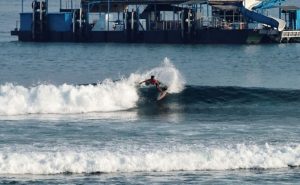 Wave conditions in the afternoon

The event started in the morning at 7.45am with round 1 of the Junior U/16 Boys Division, with good waves and good weather. In Round 1 of the Junior Division, there was lots of action and high scores obtained in several heats such as Miko Pebiana (6.45), Yoga Andika (5.43) and Un Jayantara who showed their talent in the waves.

It continued in the Master Division Round 1, where the waves started to get a little bigger and the currents began to be felt but it didn’t discourage our masters showing their skills.  At noon the sun was out and it was getting hot, the waves were slightly bigger, the contest committee decided to continue to the Open Division, the long-awaited action and Open Round 1 began.

In the first round we saw lots of action, including some great scores from Putra Hermawan (6.75) followed by his brother Agus Purnawan (6.23). It continued into round 2, the waves were getting bigger and the current stronger. In the second round the wave conditions were a little difficult because of the high tide and the waves were very bumpy and making it difficult for surfers who would compete in the second round, but at the end of the 2nd round, it was Agus Frimanto wearing a red shirt who managed to get the highest score (8.38).

Both the temperature and competition was heating up as we proceeded to the Quarter final where in the 3rd heat 3rd we saw some great waves and score total (16.21) from Agus Frimanto.

In the semi-final of the Open division, there was huge excitement when Jaka Satria  managed to get a barrel and the highest score of the day (9.75),  stopping Agus Frimanto in 5th place. 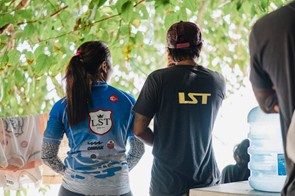 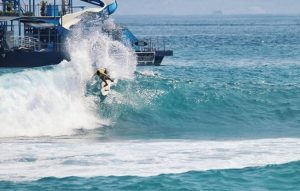 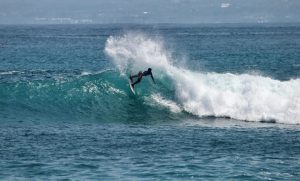 It was late afternoon and when we headed into the finals for the Junior, Master and Open divisions.

Starting with the  final of the Juniors, where the waves were big and with the tide going out. Lembongan Surf Team provided 2 life guards to maintain the safety and comfort of the junior surfers, as their average age was 13 years.

They all showed excellent sportsmanship with great skills for the following results:

In finals of the Masters  division  we saw (red) Lhaena, (white) Licek, (yellow) Cakil and (blue) Apri, the competition was quite fierce at the beginning as the wave conditions were improving and the current was starting to disappear, but all surfers only got an average score of between 2 points – 3.20 points.

Then in the last 7 minutes, the yellow surfer managed to make the highest score, it was (5.80) and took him to the winners podium.

The Open Division was next,  where the scores were very close:

We done to everyone involved and the Lembongan Surf Team Competition for a great Series 1.